Today we connected with Ms Lirenman’s grade one/two class to have two Mystery Number Skype calls. The grade ones tried to guess a number between one and twenty and the grade twos used numbers up to forty. We’ll be using progressively higher numbers as the year goes on. 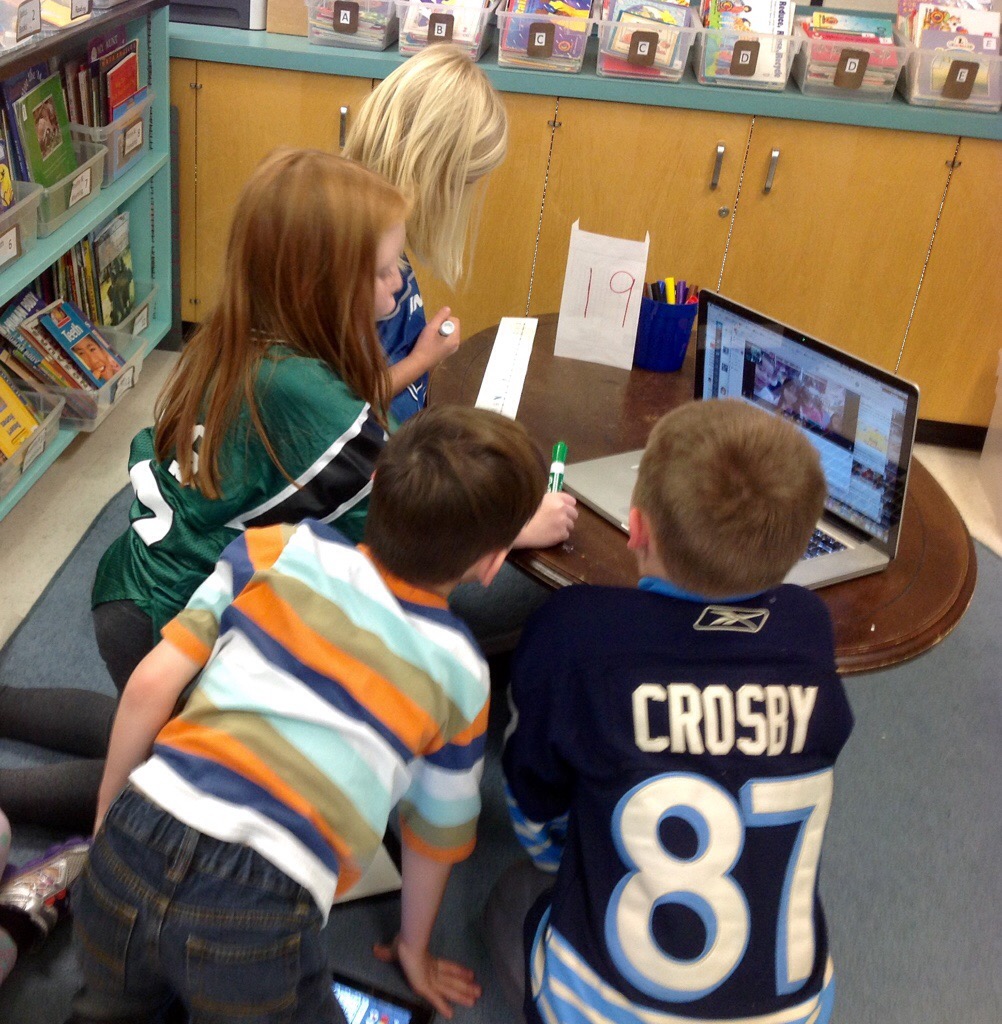 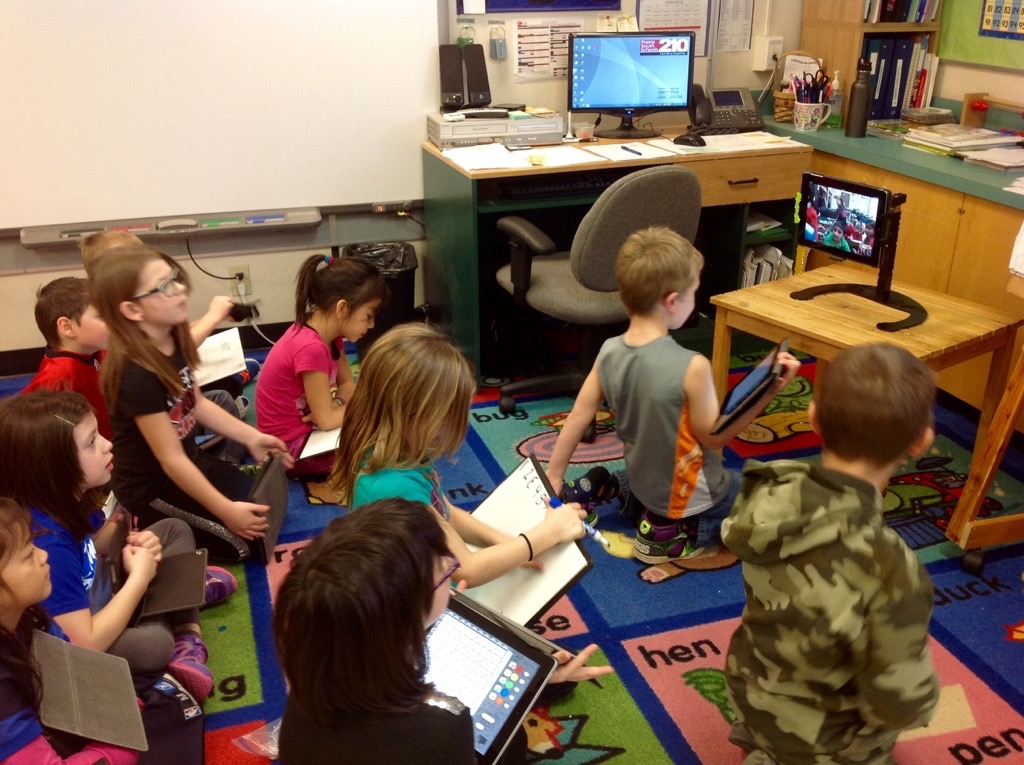 Today while we were doing “Read to Someone” we didn’t just read to kids in our classroom. We also read with students in Ms Lirenman’s class in Surrey, B.C. via Skype. Learning with kids who live 1600 kilometers away! 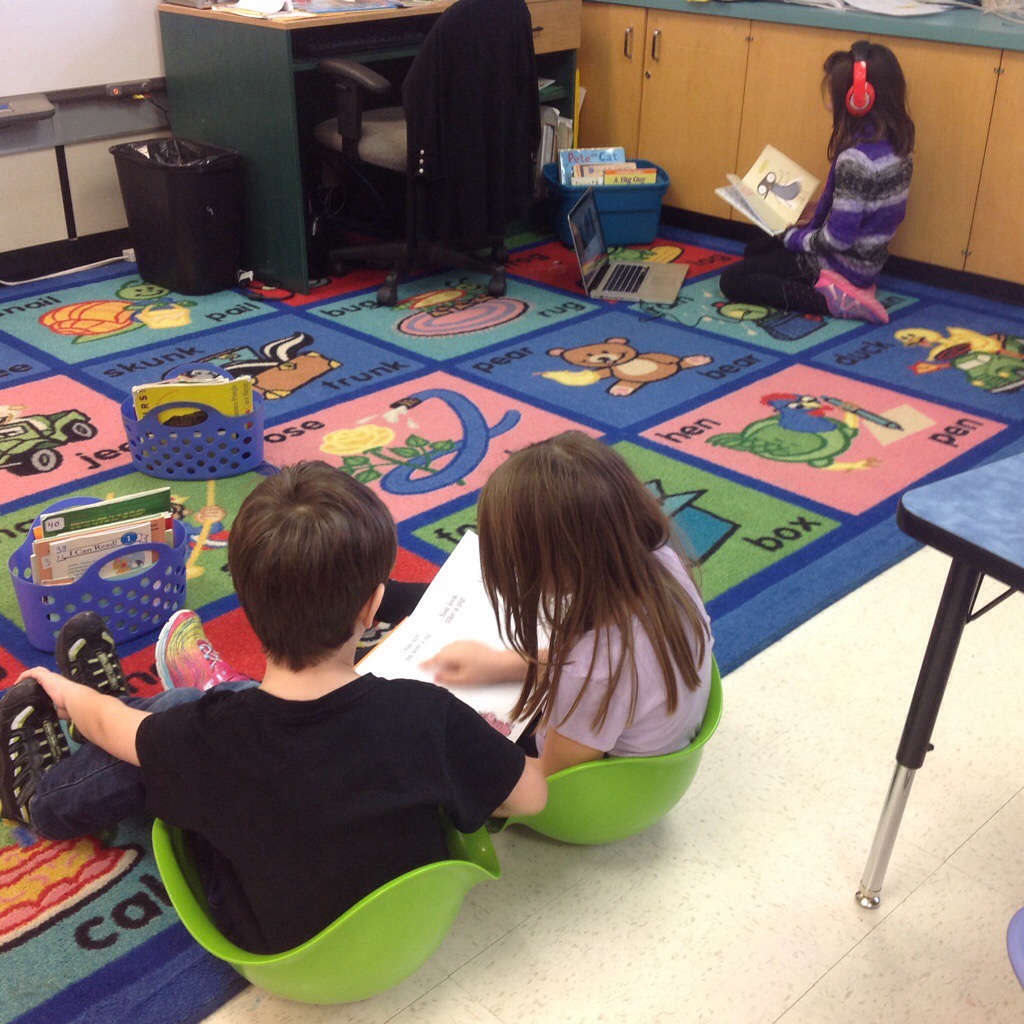 We’ve been having weekly Skype calls with Ms Lirenman’s class in Surry, BC to play “Guess Our Mystery Number” and to improve our sense of numeracy. We’ve been slowly building up to larger numbers. This week we used the numbers up to forty. This is what it looked like during the call as Ms Lirenman’s class tried to guess our number (you can see it taped on the calendar in the top right of the picture). 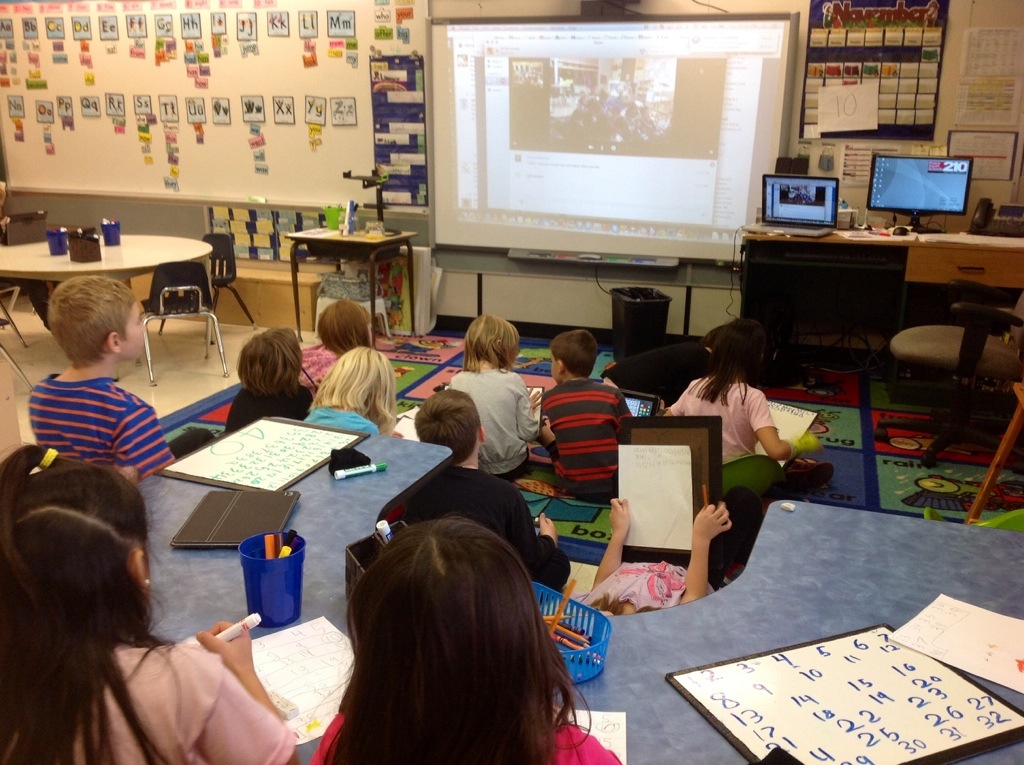 And then we tried to guess their number. You can see that we were getting very close. 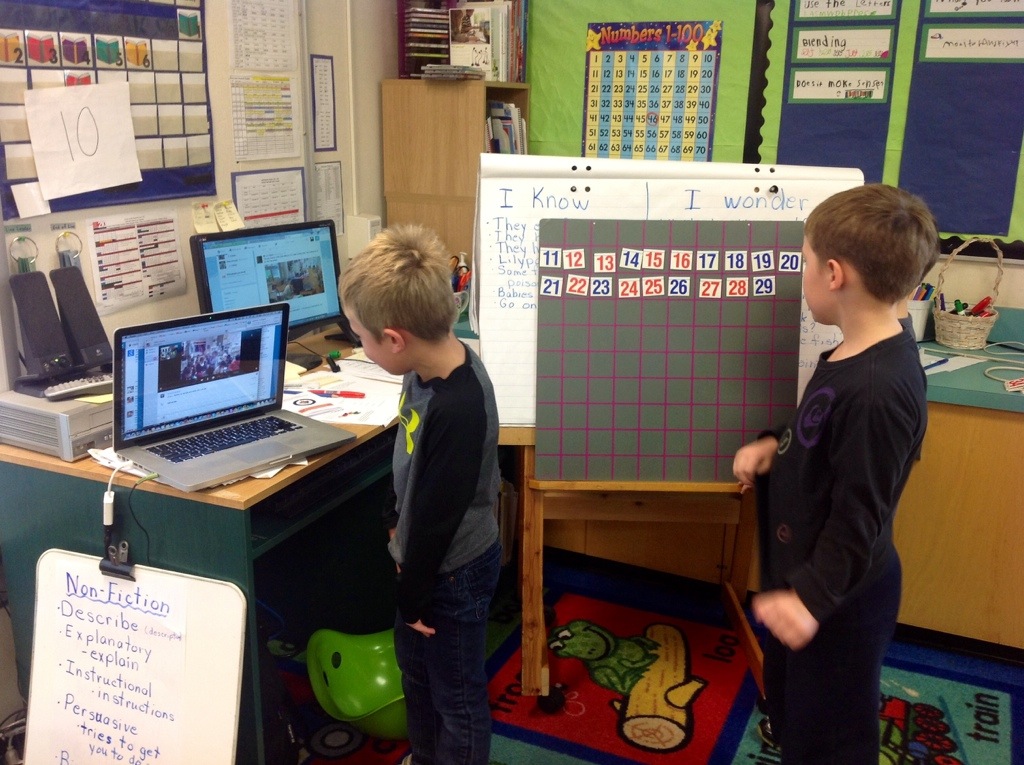 Part of our curriculum is learning how to ask questions and where to get the answers. This week we had our first Skype call of the year as we asked an “expert” to answer some of our many questions. 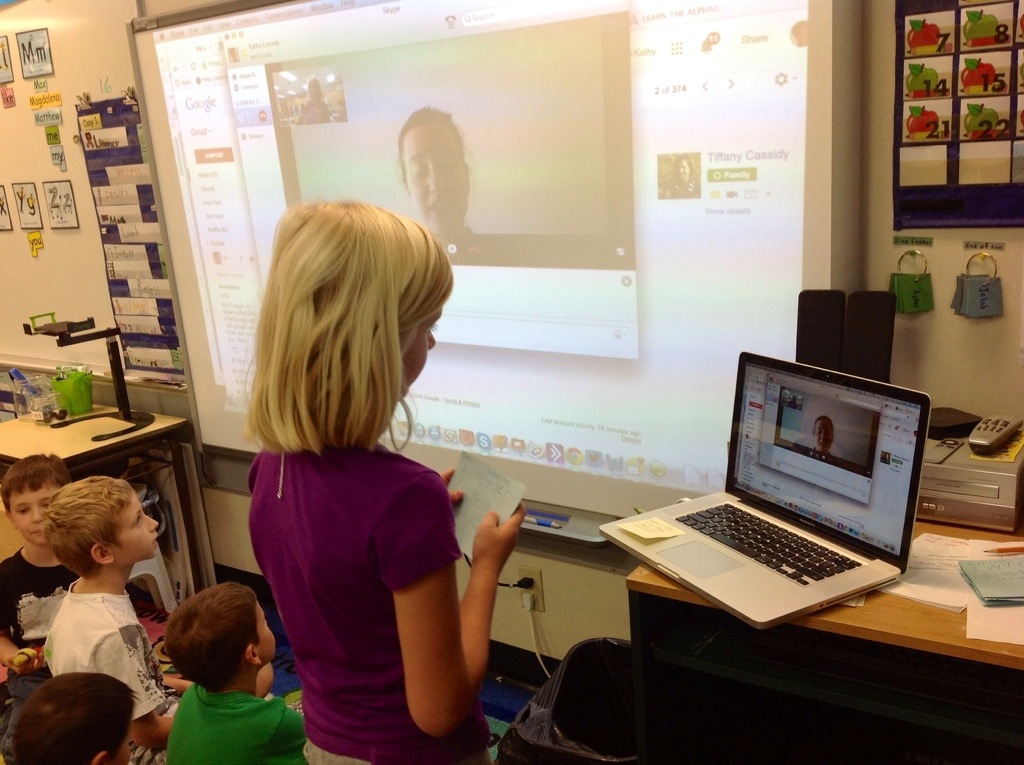 Kim Cooper Skyped into our classroom today to help the students learn to hear rhymes in text. She read a rhyming book and asked the students to tell her the words on each page that rhymed. It was tricky, but the students got better at hearing the rhymes as the book progressed. 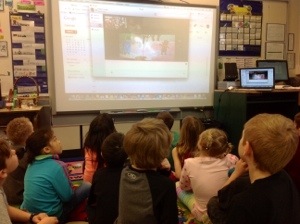 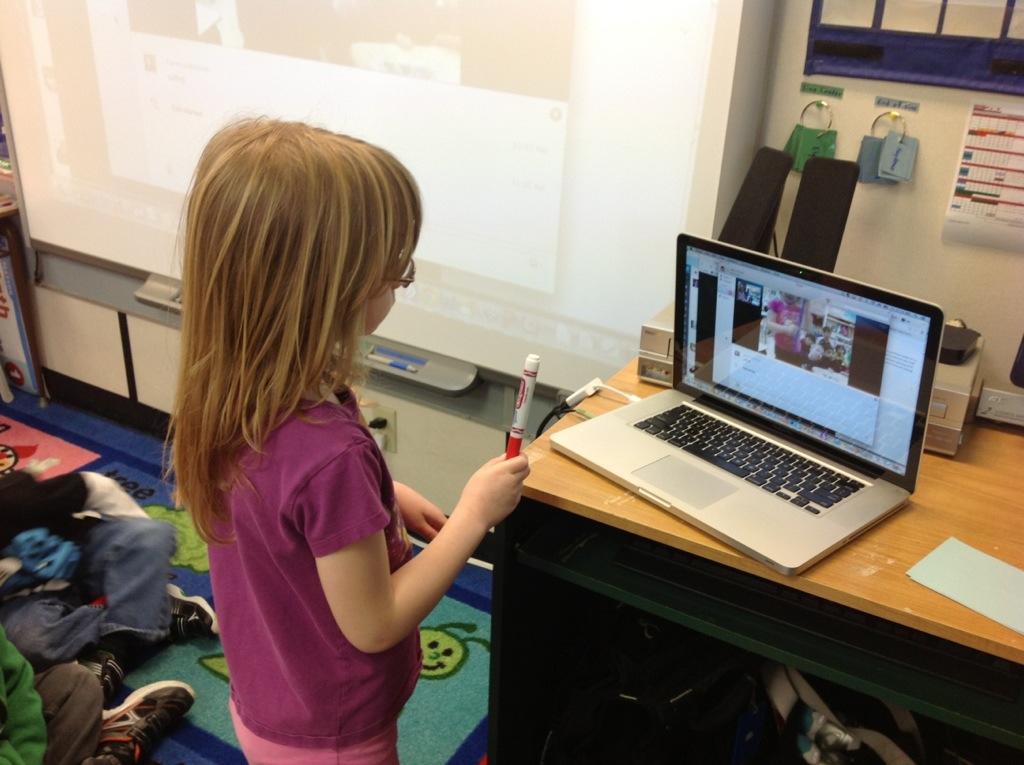 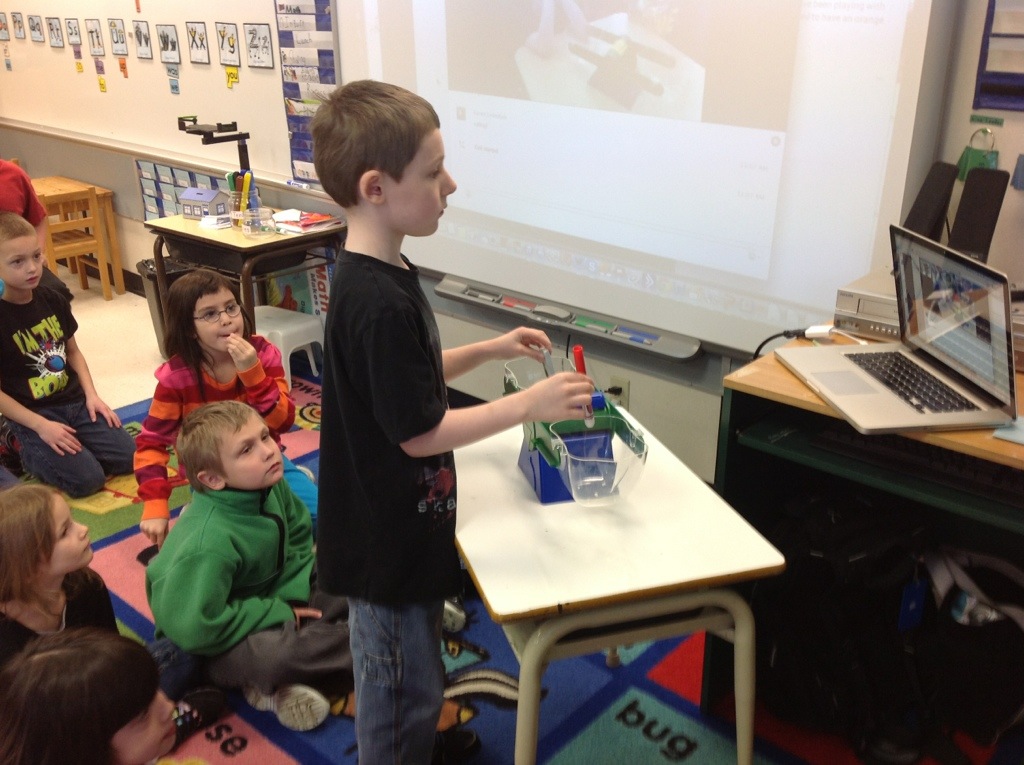 This week we had yet another mystery number call, this time with a class in Camrose, Alberta. We also found out that it is winter there, just like it is in Moose Jaw! 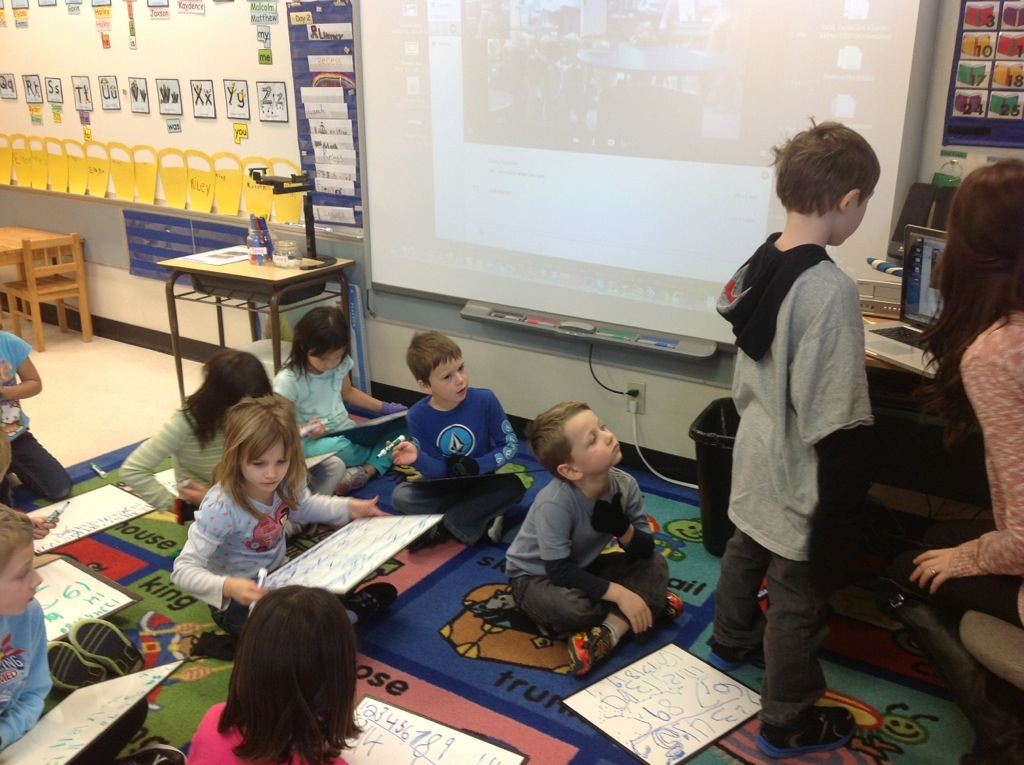 Here are some snapshots of moments in our week. Practicing sight words… 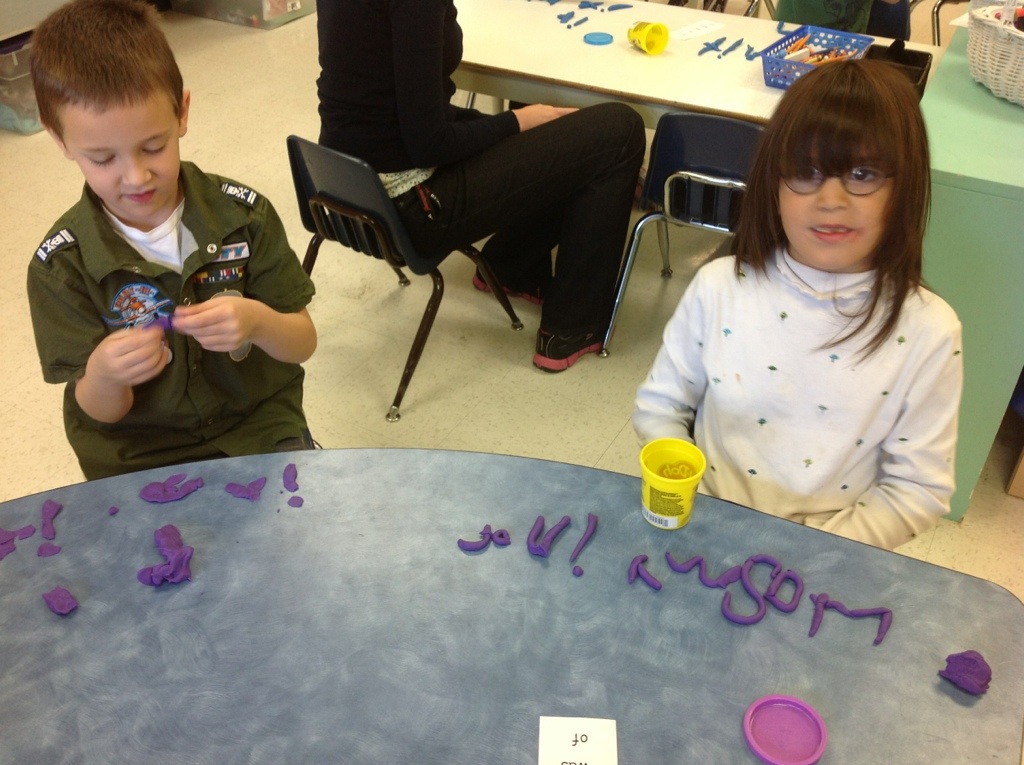 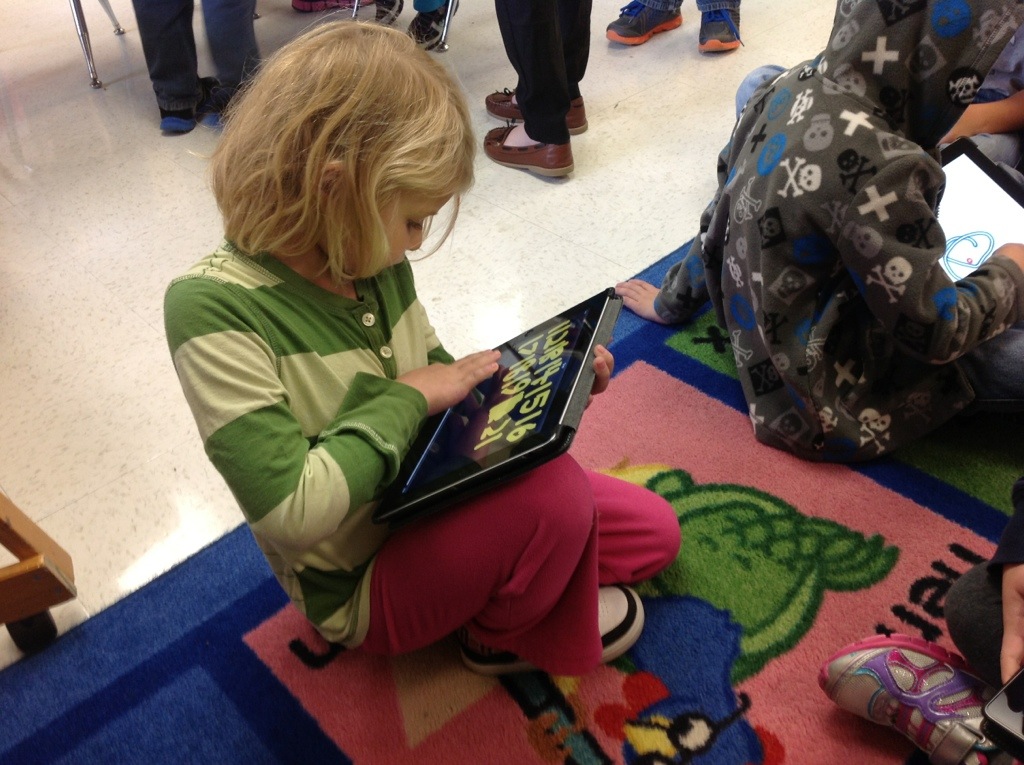 And another mystery number Skype lesson that turned into a chance to hear a story written by a class in New York. 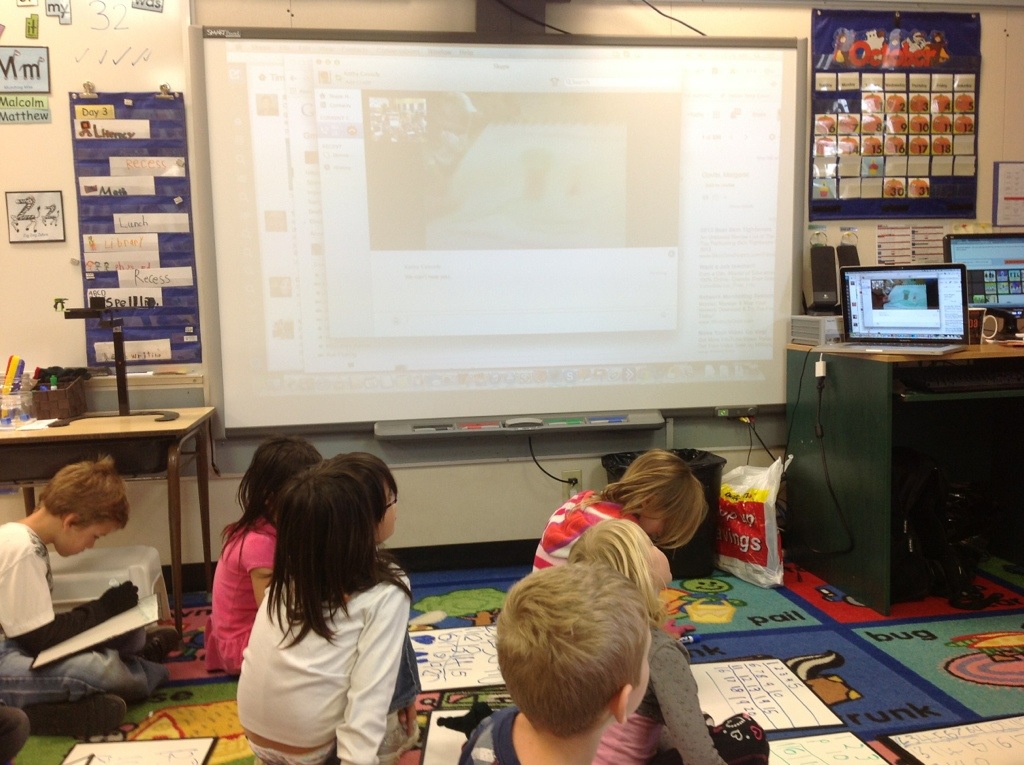 We had a busy week! Here are some photos of our learning. 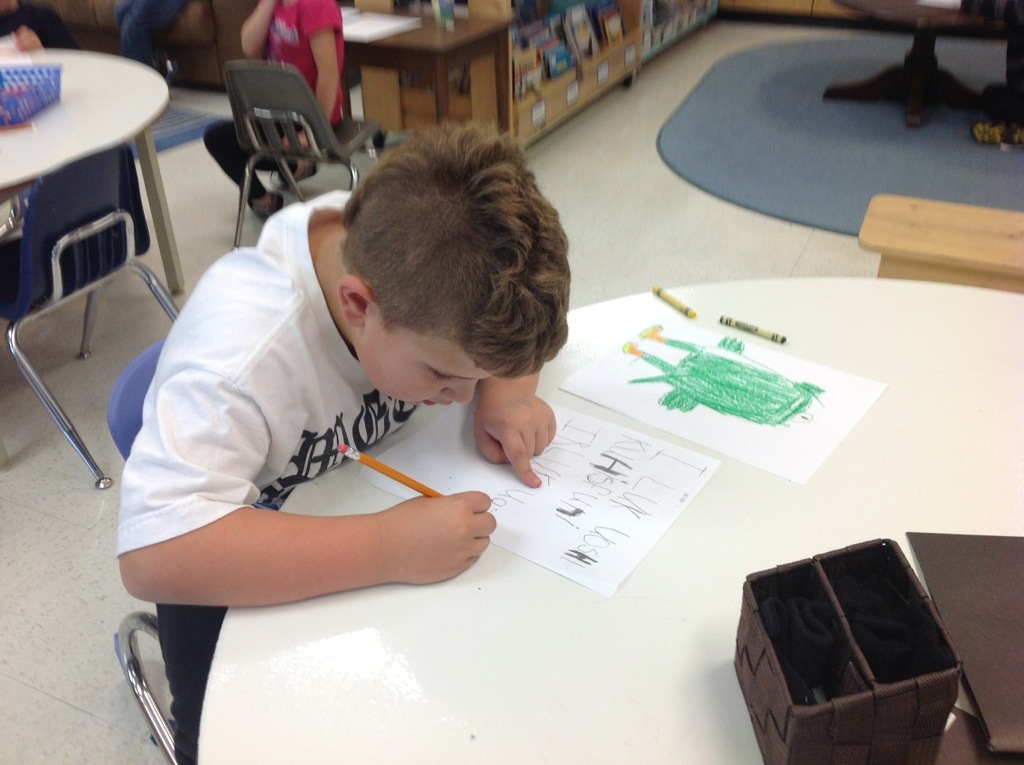 Preparing for another Mystery Number Skype… 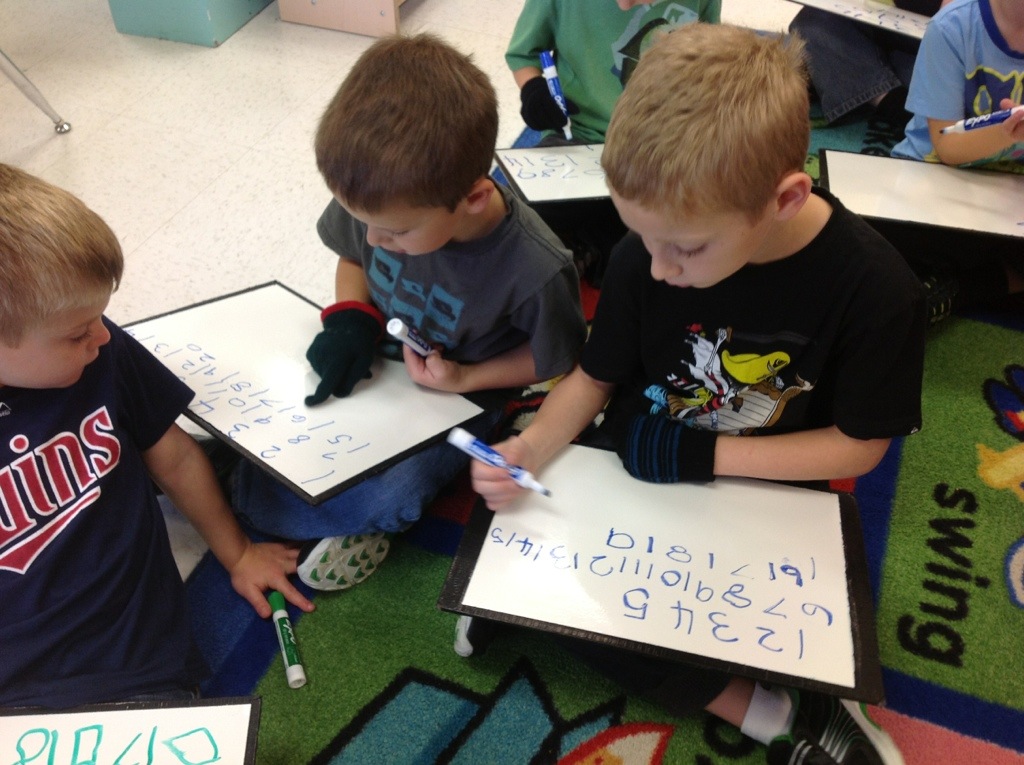 And solving the mystery number… 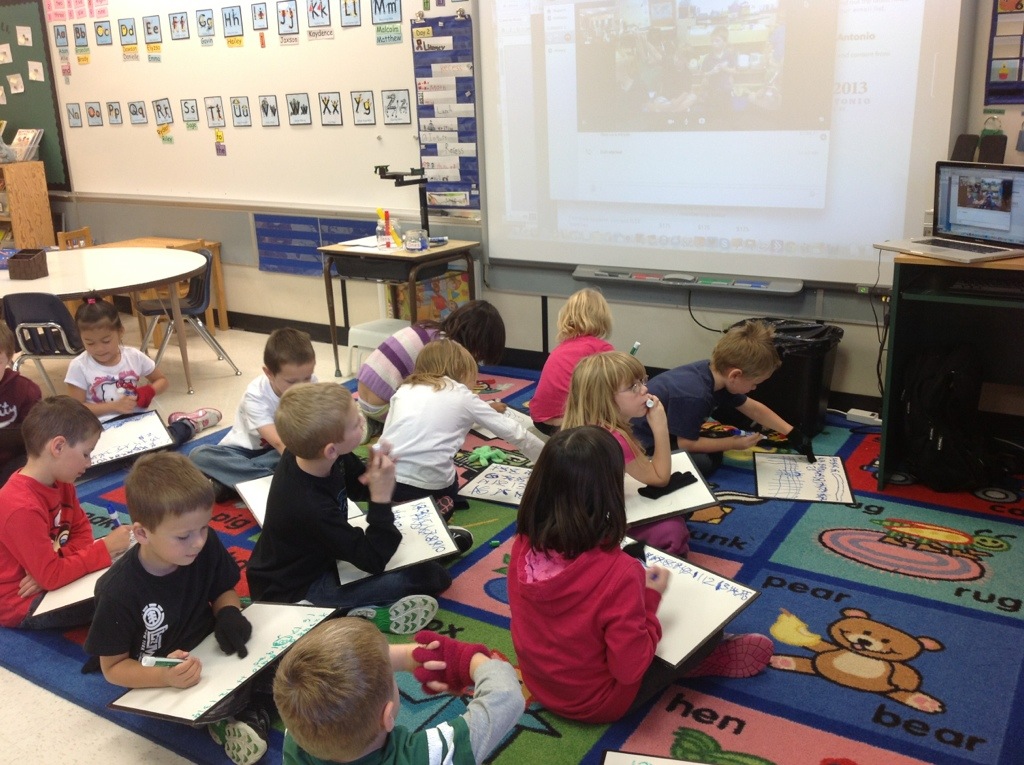