After weeks of patient waiting, the students at last got a chance to watch an egg wiggle and roll as the chick inside tried to free itself, and then see the magical moment when it burst from the egg. Since we did not have a good hatch, Mr. Silversides loaned us some of his chicks for a chance to get acquainted before they are given to the Wildlife Federation to raise and release into the wild. So much excitement! 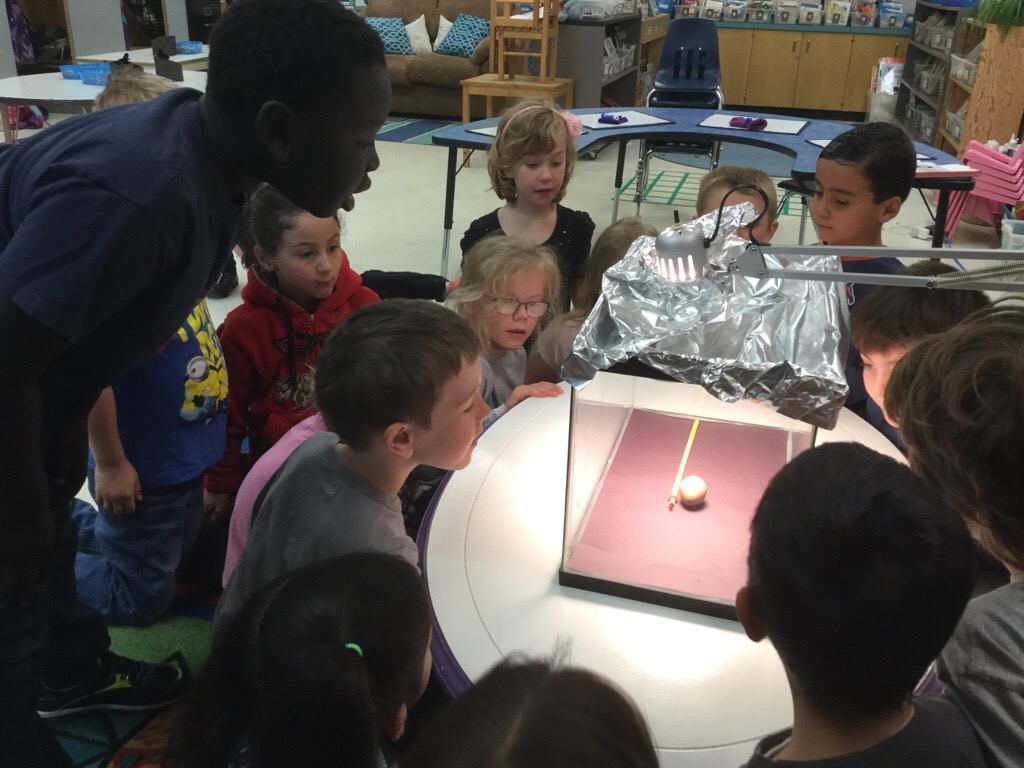 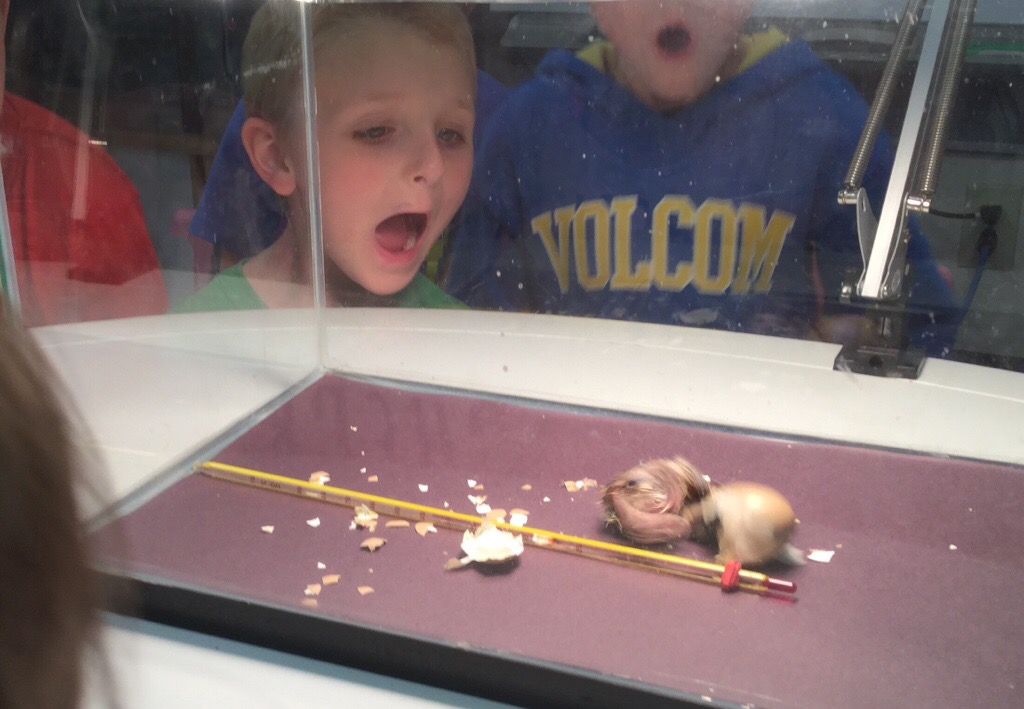 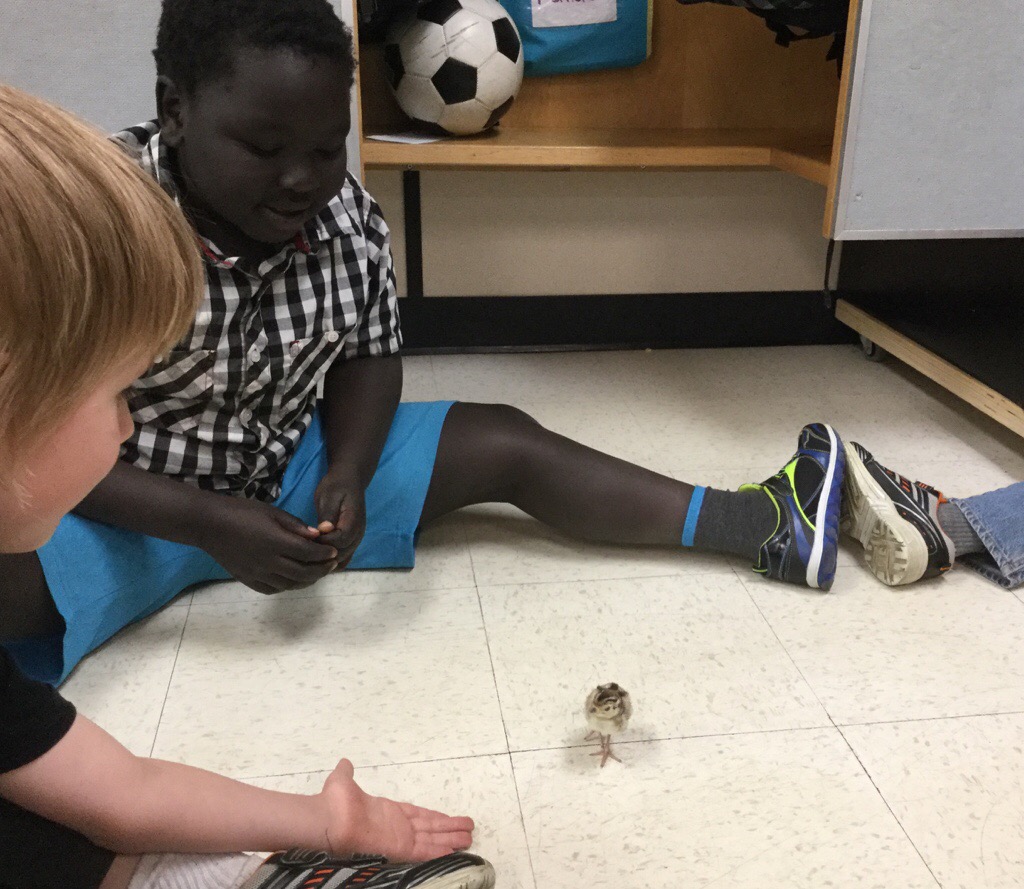 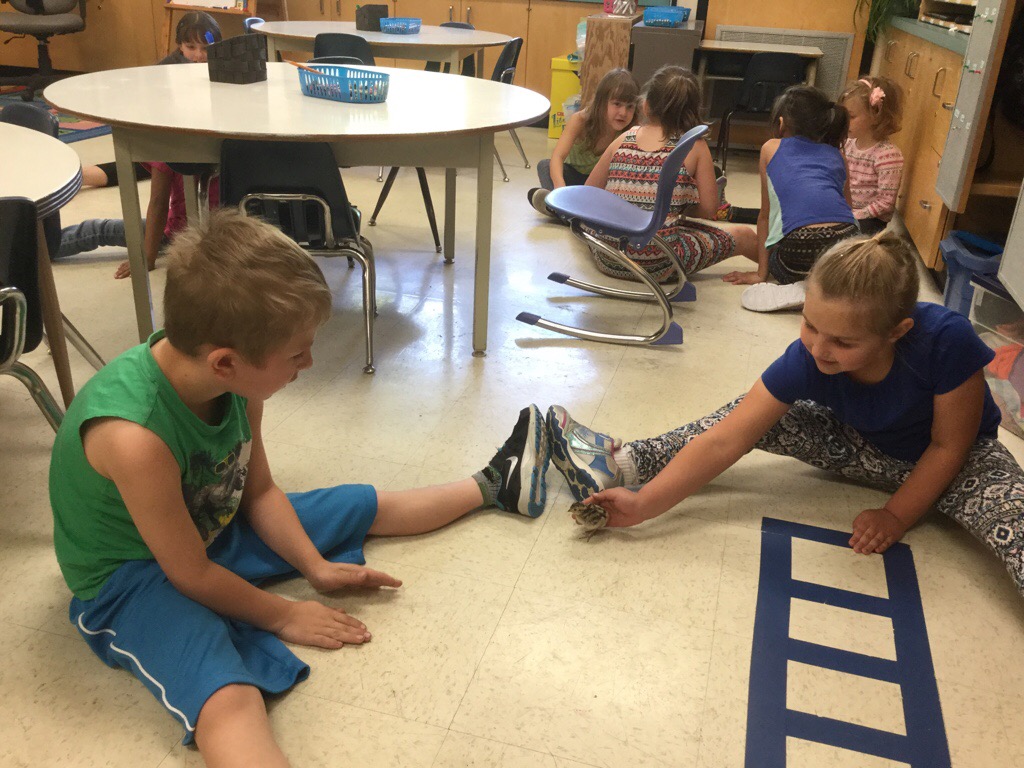 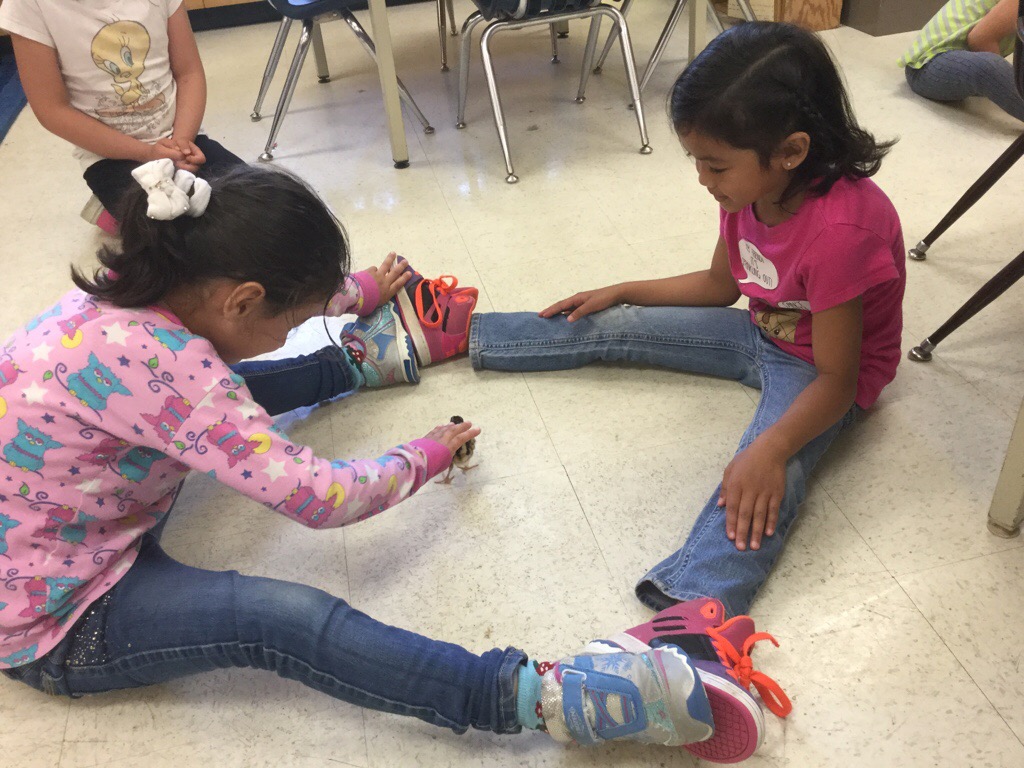 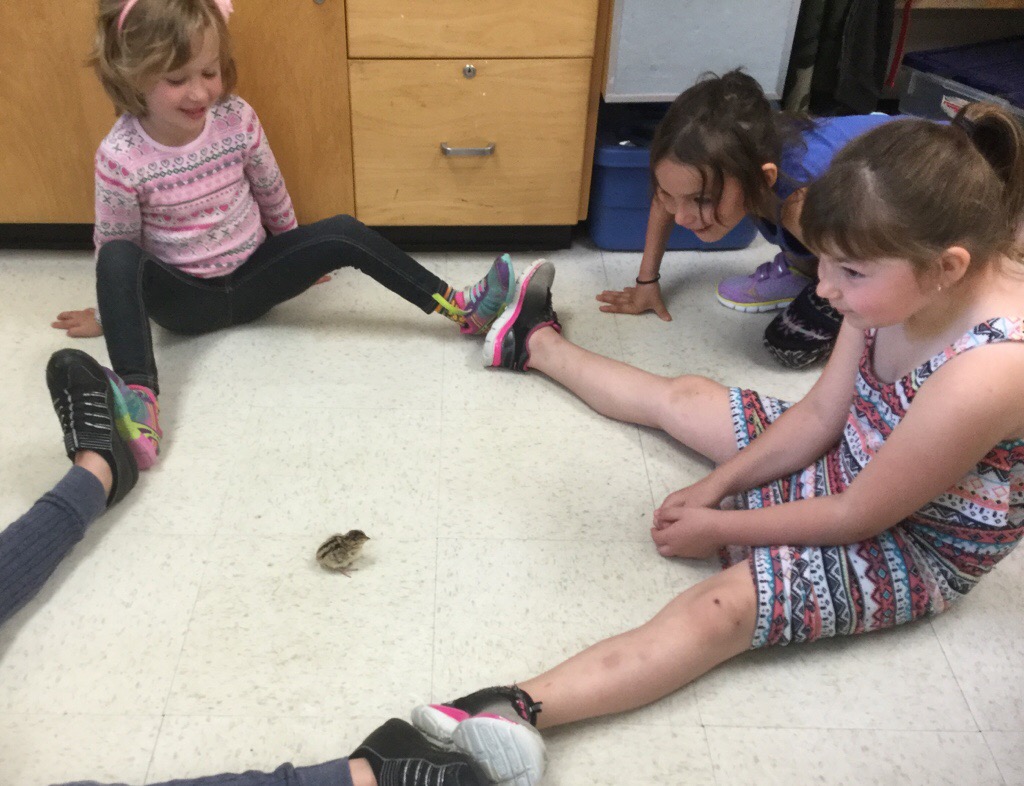