Terry Fox is a national hero in Canada. Every year, Canadians run to raise money for cancer research to finish the run that Terry was unable to complete. This year, each of the students chose who they would like to run for. Some ran for people they knew who had cancer. Others ran for people they didn’t know or who had not even been born yet such as their children or grandchildren. This picture shows all of the runners with their running stickers on. 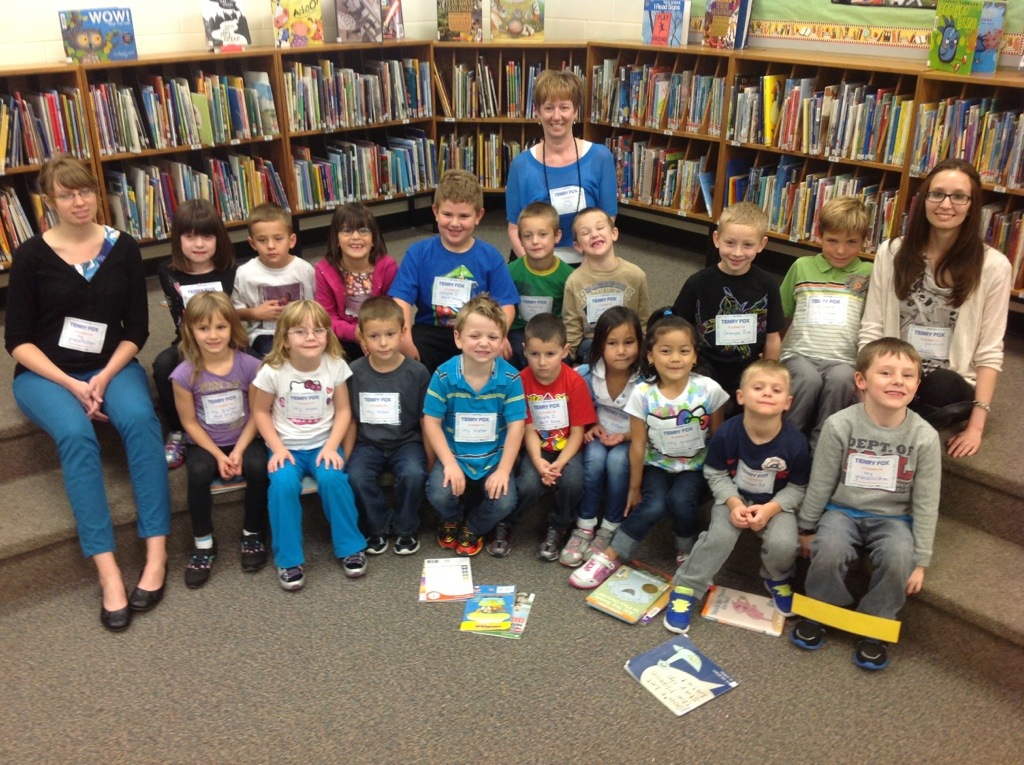 Because the day was rainy, we ran in the gym instead of at Guthridge Field as we had planned.